When KPMG wanted to switch up their GTA Alumni Event, they turned to Yellow House to impress their people with decor and technical production. The Mattamy Athletic Centre, formally Maple Leaf Gardens, was transformed into the perfect setting for Alumni to build and maintain the important relationships between existing employees. It was “Hockey Night at KPMG!” The ice surface became the event space, outfitted with giant hockey nets, lounges sitting atop oversized hockey pucks (with enormous hockey sticks attached as if taking slapshots of the lounges!), and an entire zone inspired by the Hockey Night in Canada set, which was used for opening remarks as well as an interactive photo op area for guests. Andy Frost (the “Voice of Hockey”) acted as an emcee and MLSE’s DJ was brought in to make the hockey theme even more authentic. Yellow House also took care of the on-site branding, sound and lights, as well as the little touches like referee shirts for KPMG staff, custom event branded jerseys, and of course, dancing mascots! 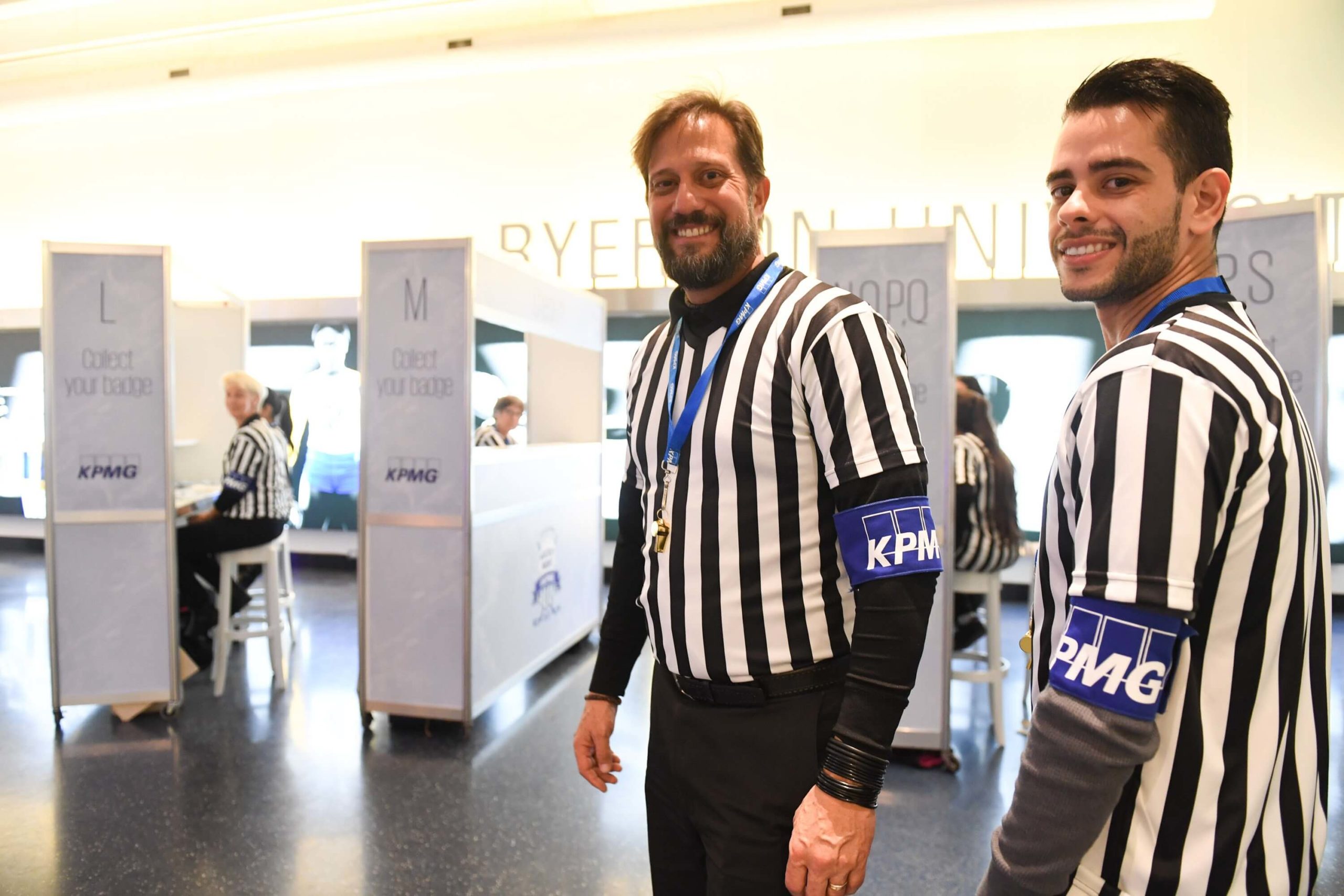 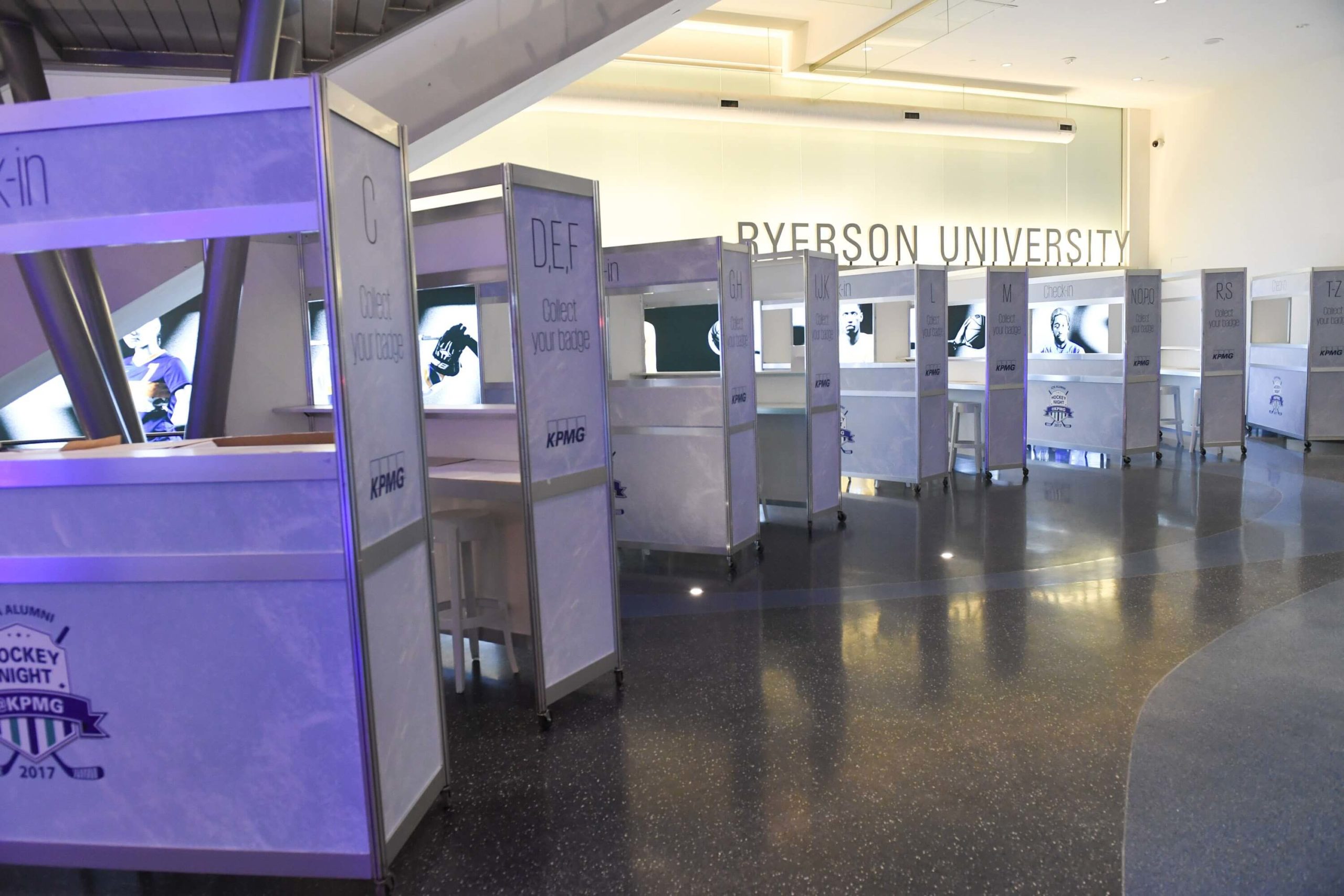 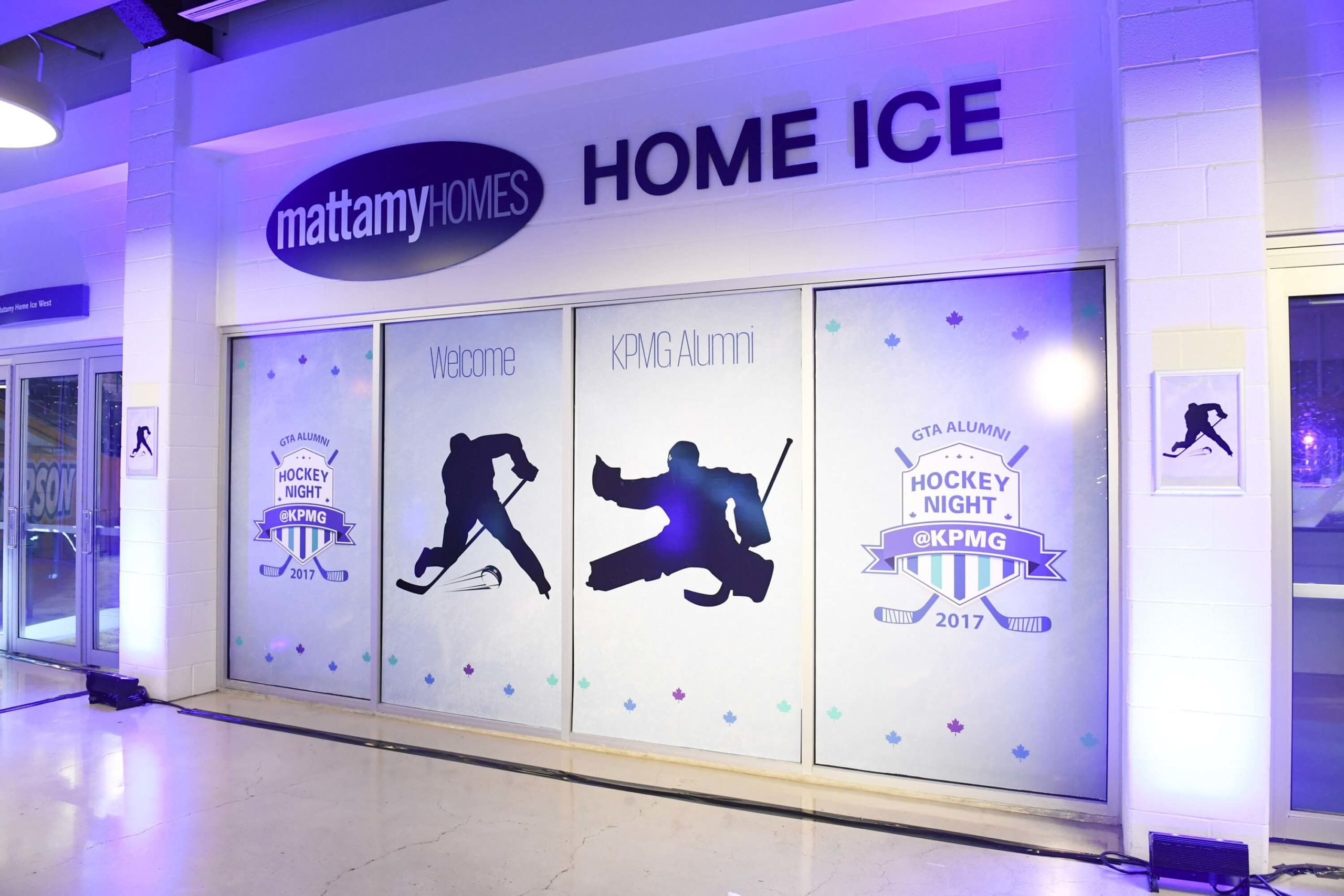 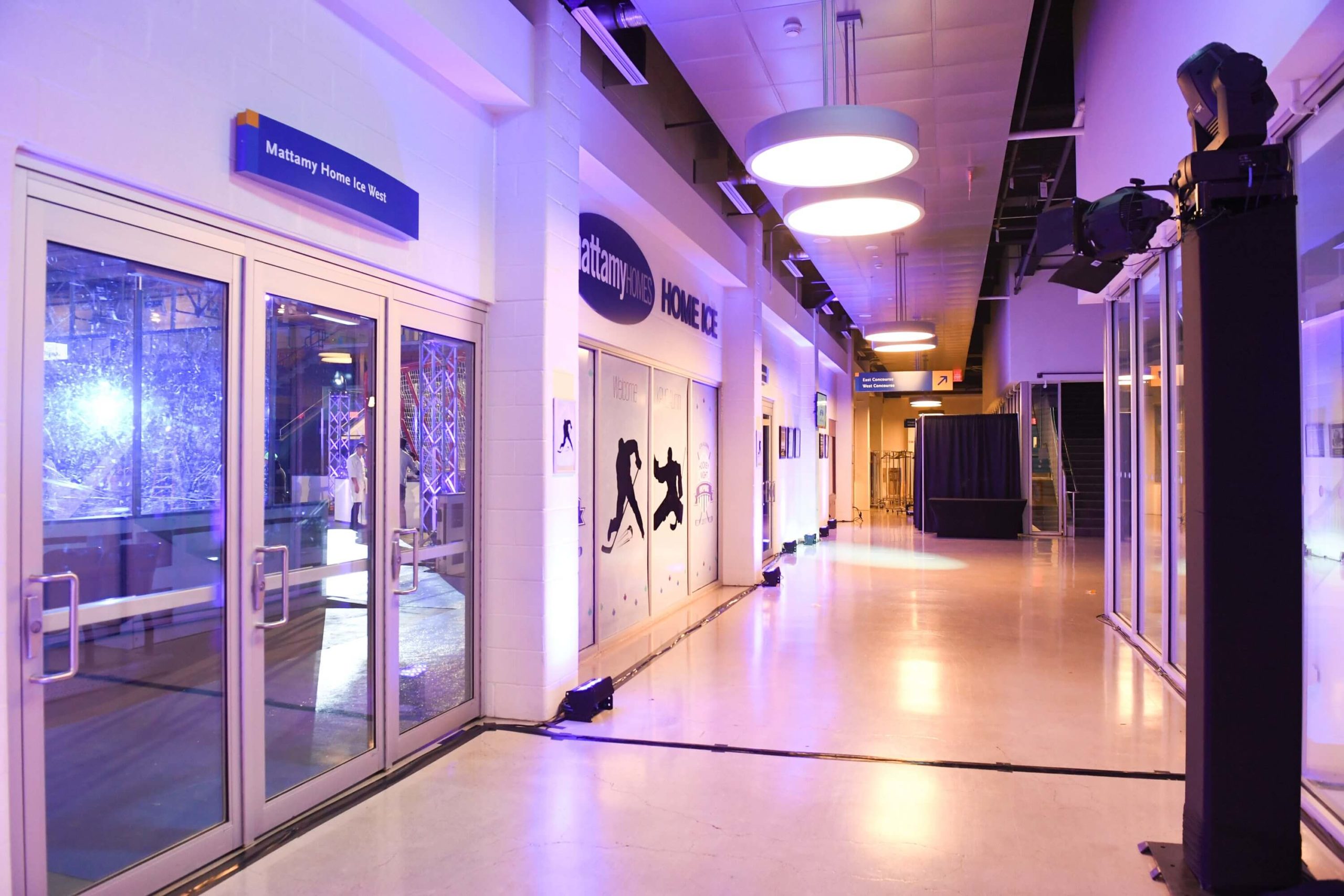 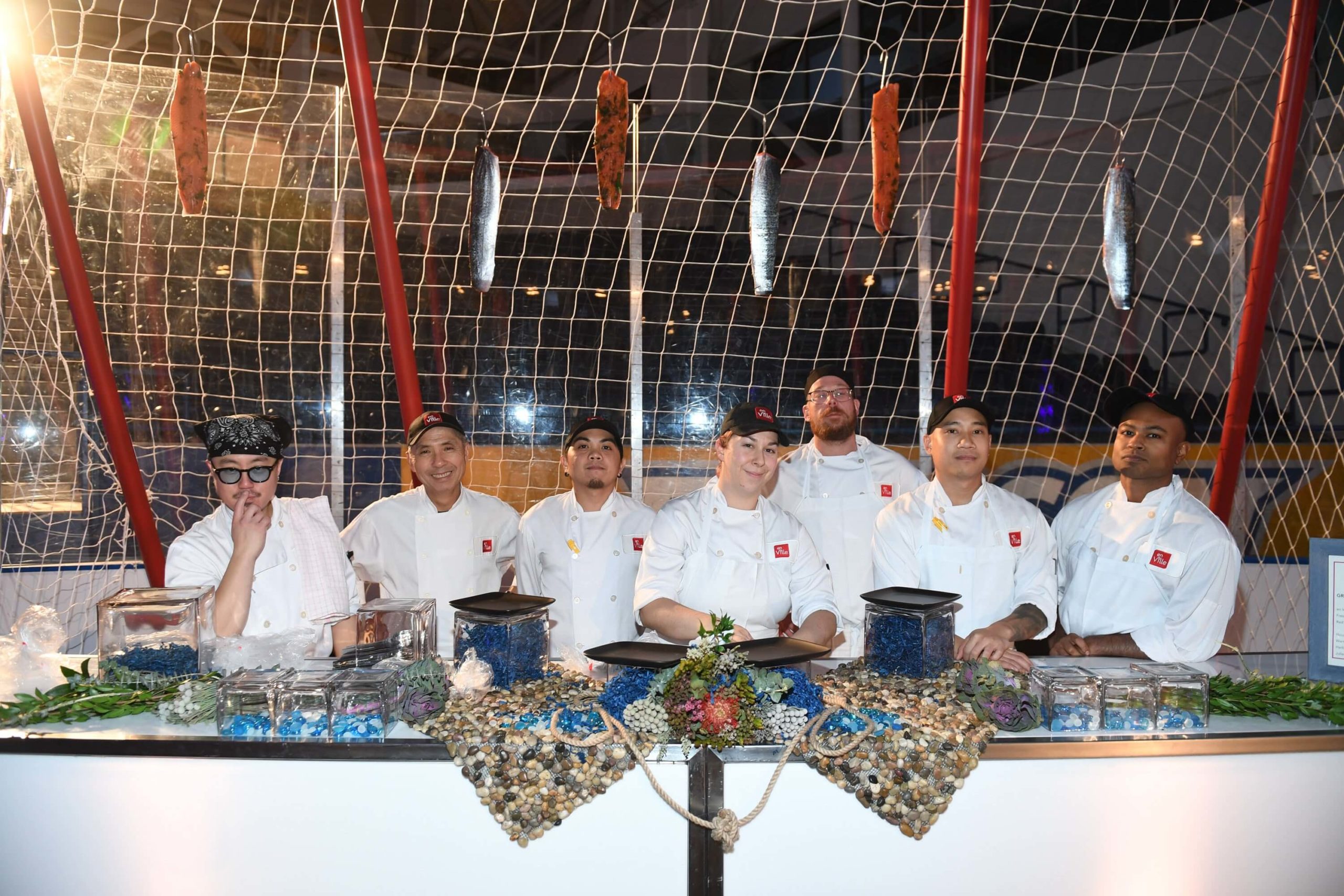 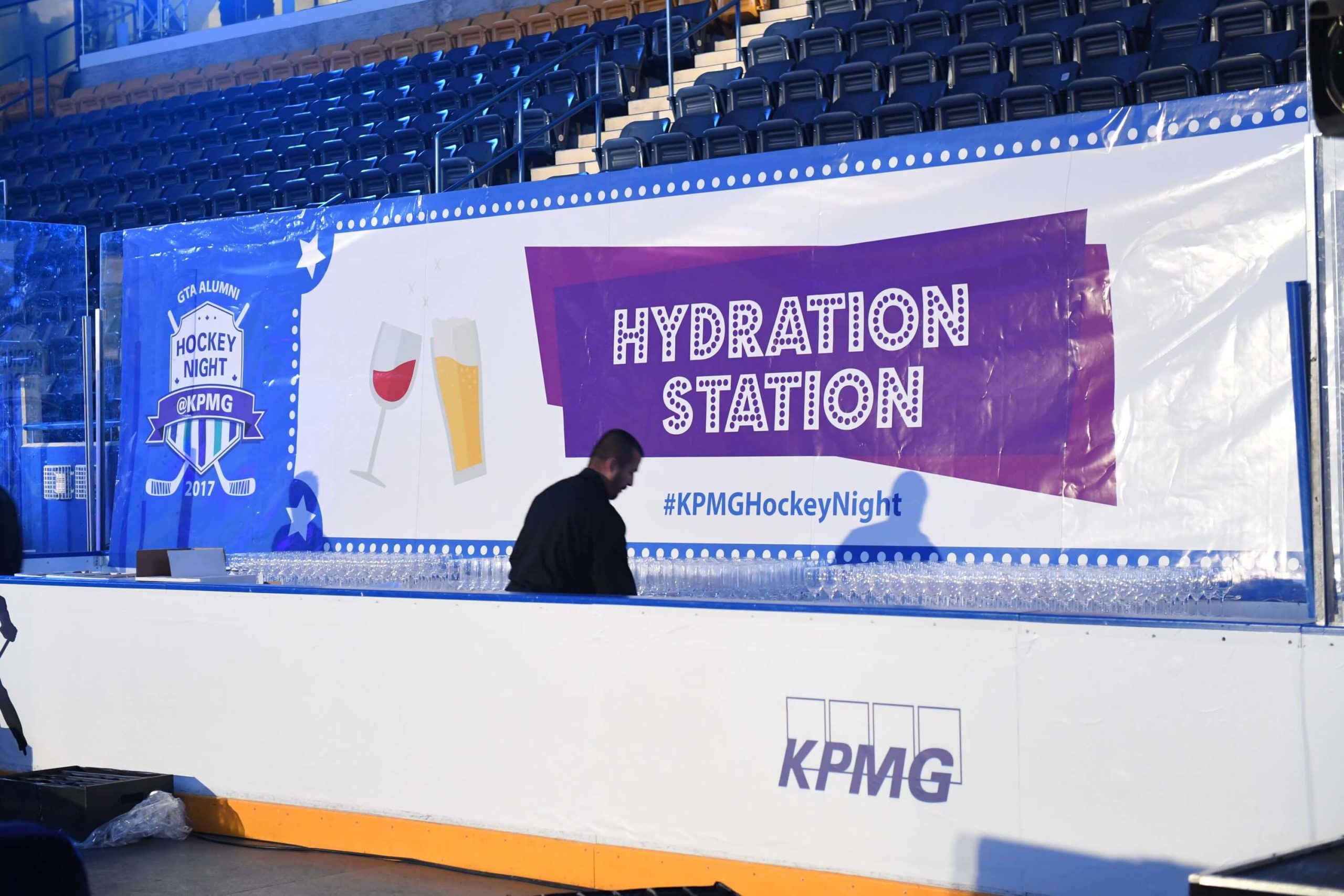 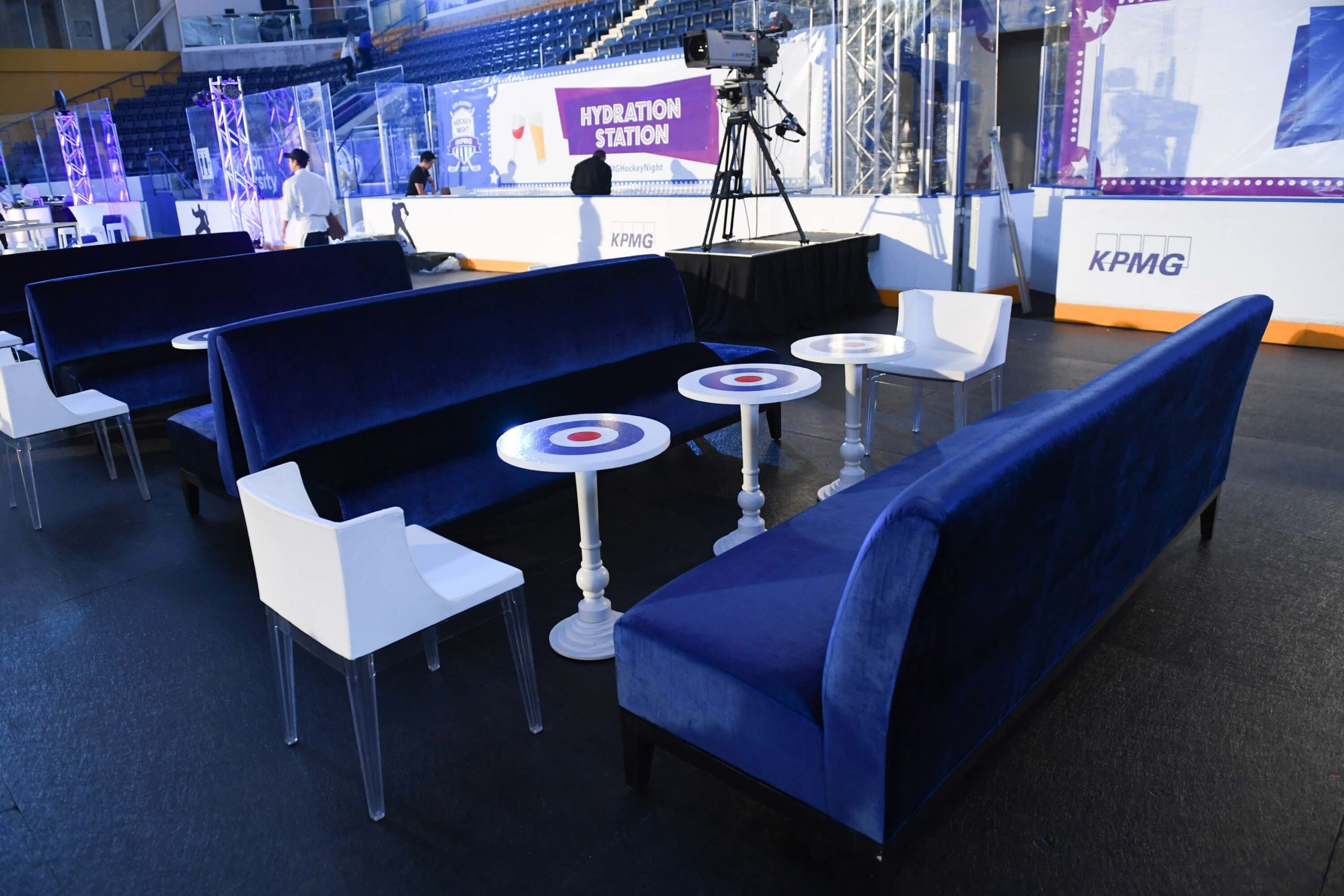 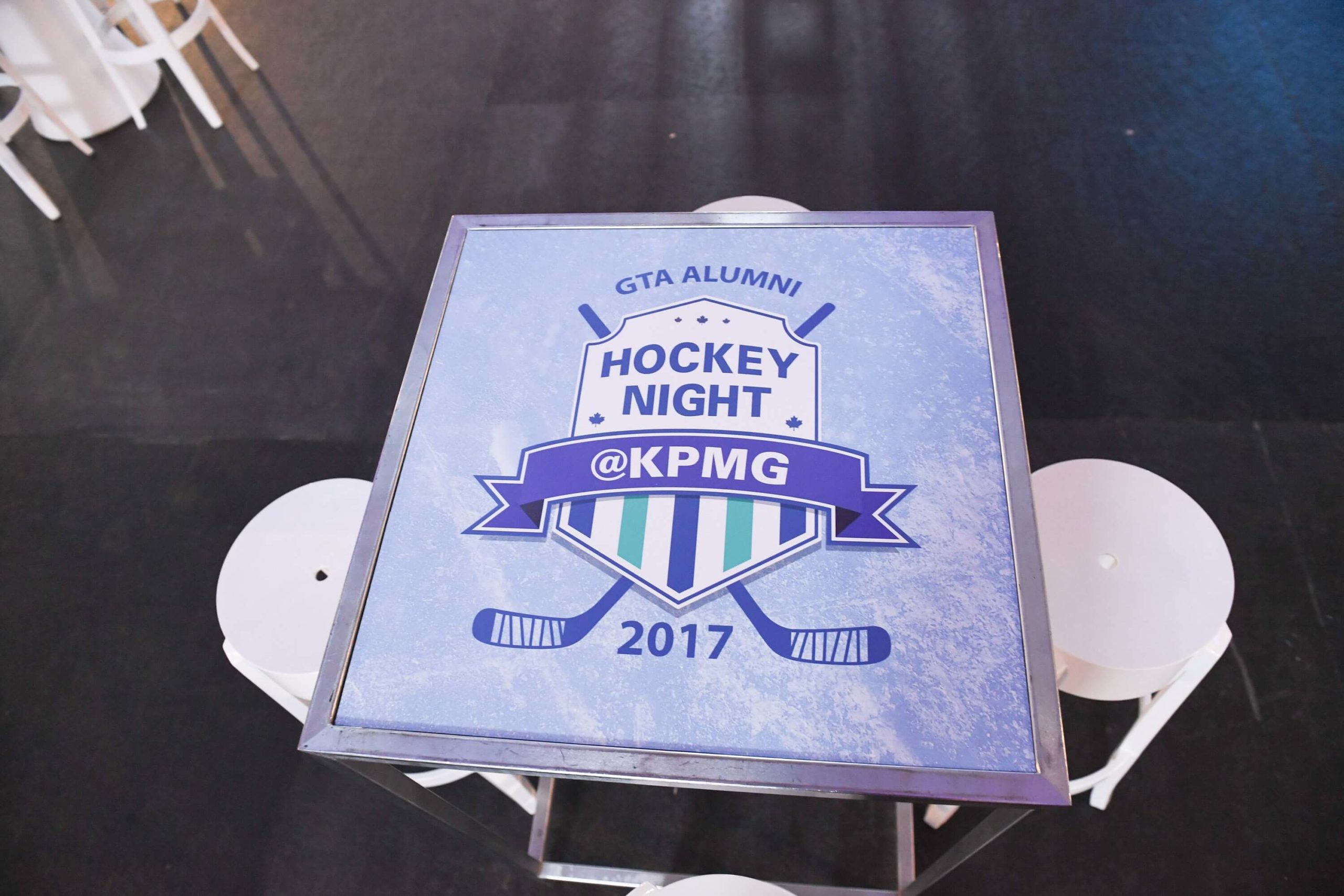 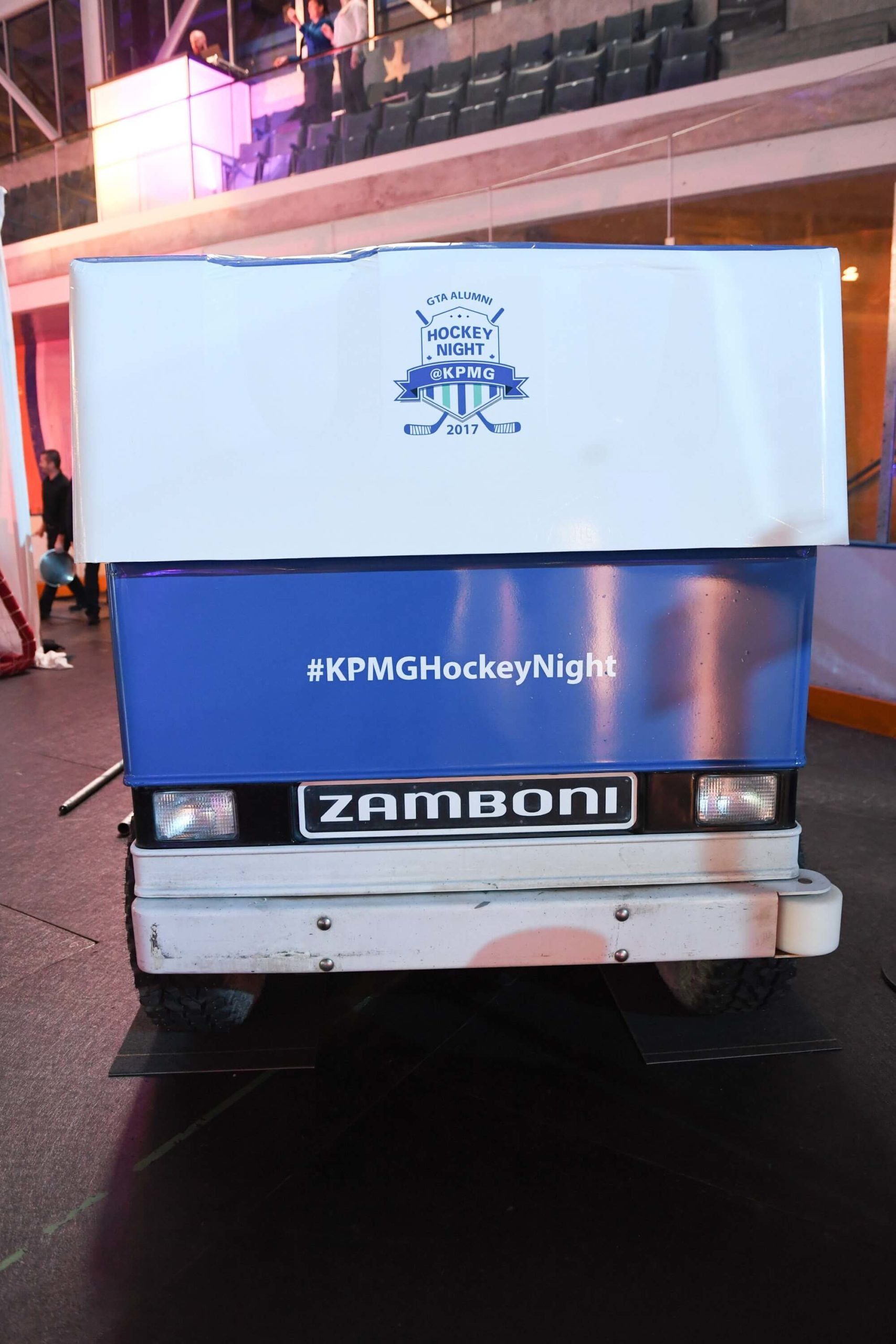 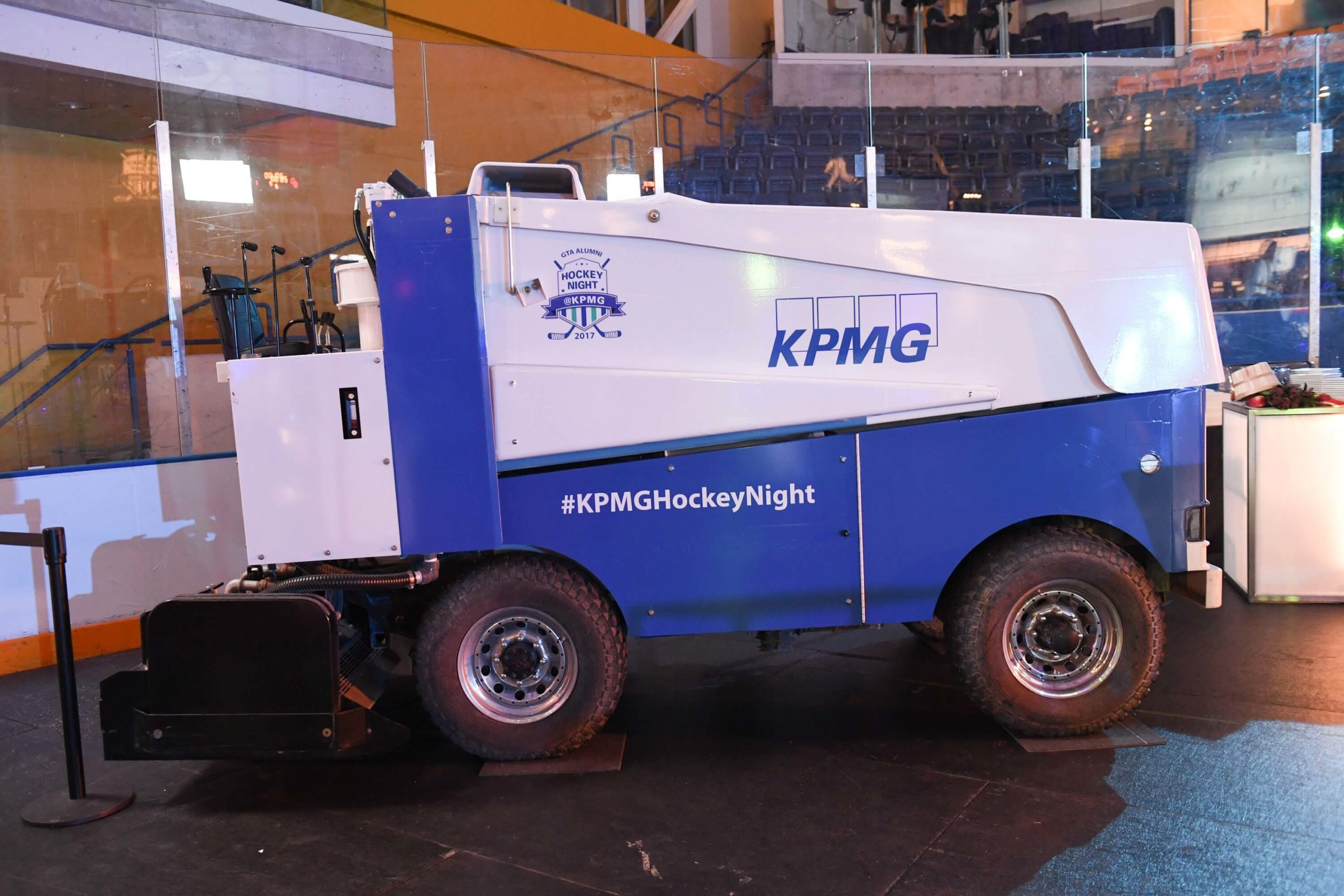 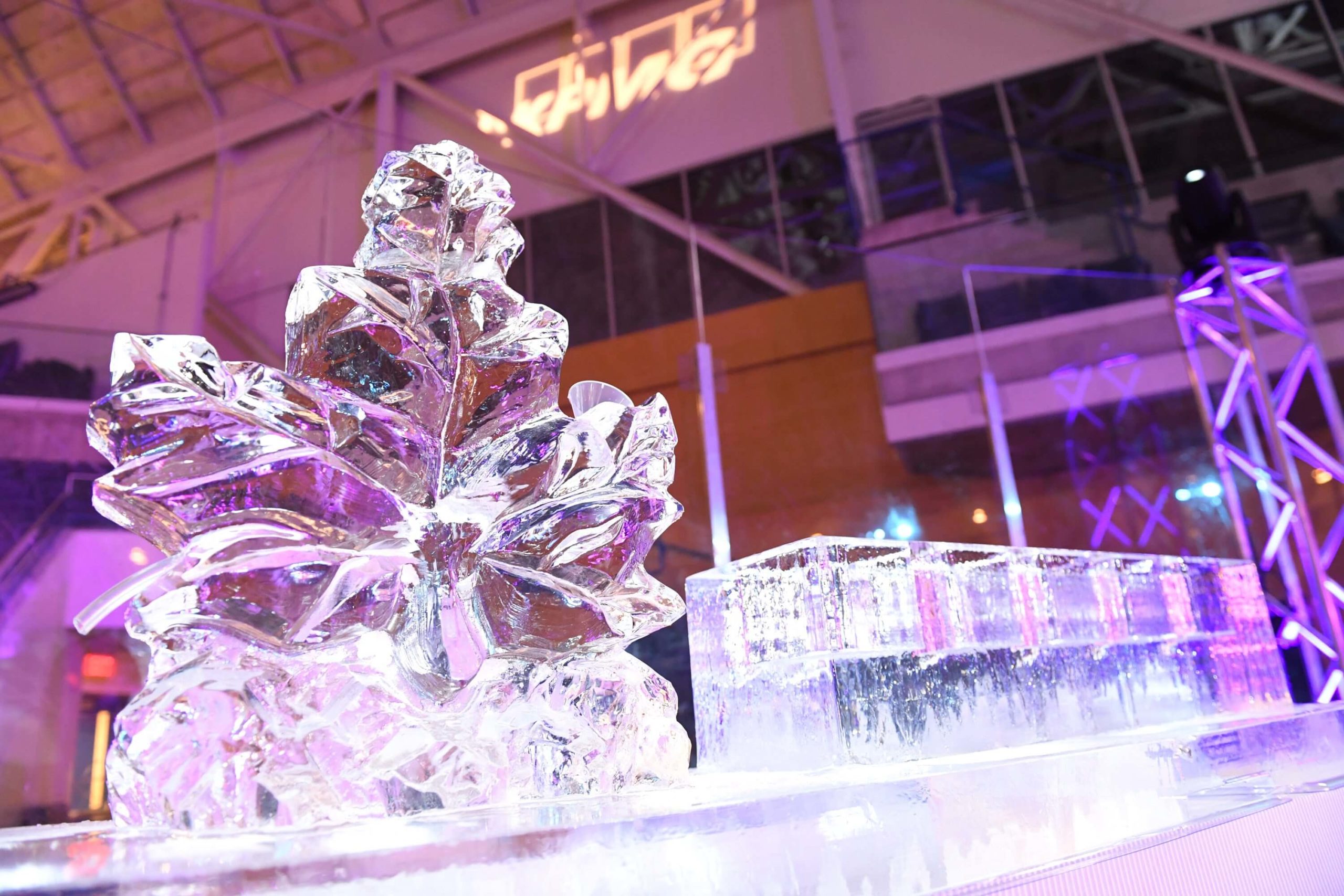 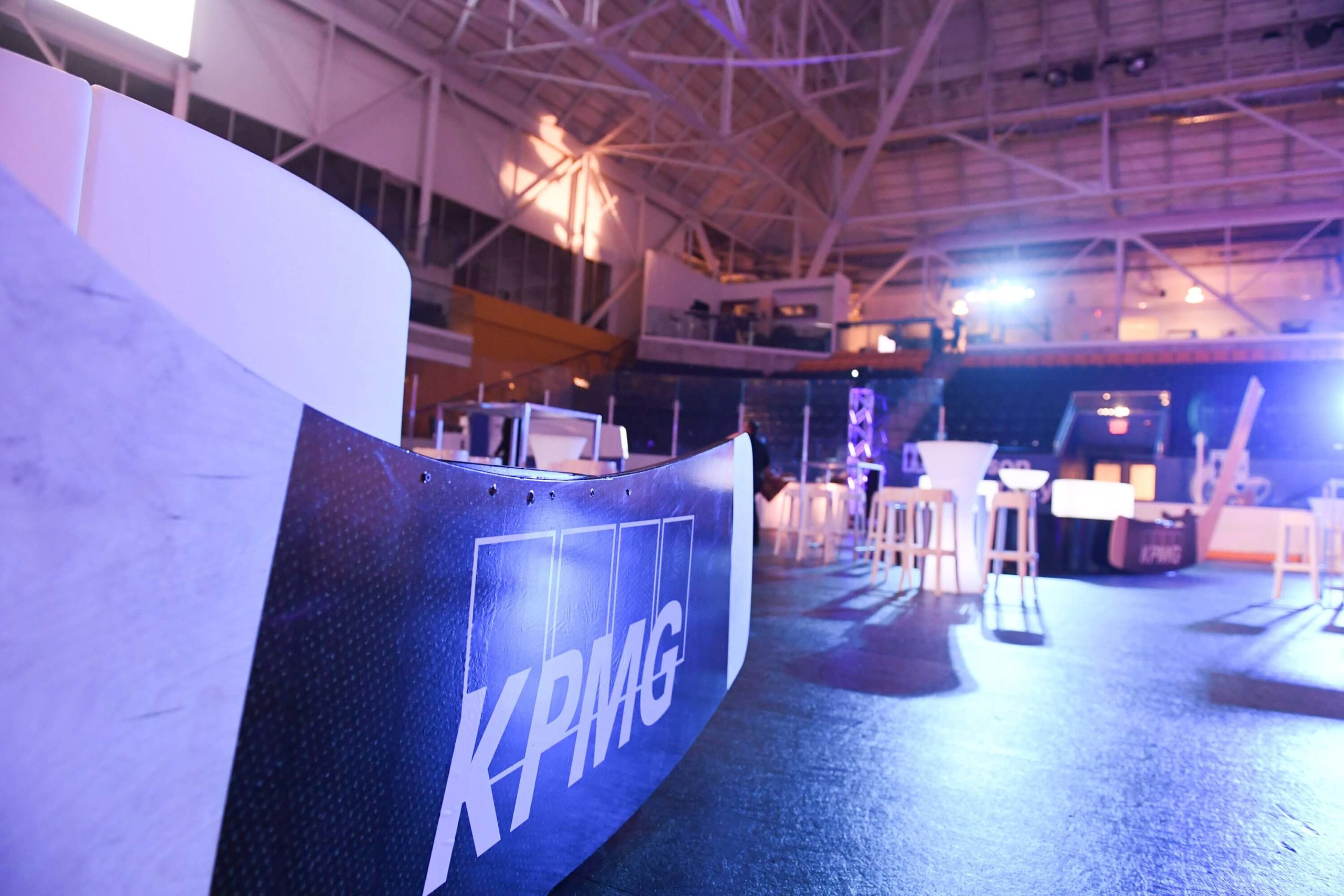 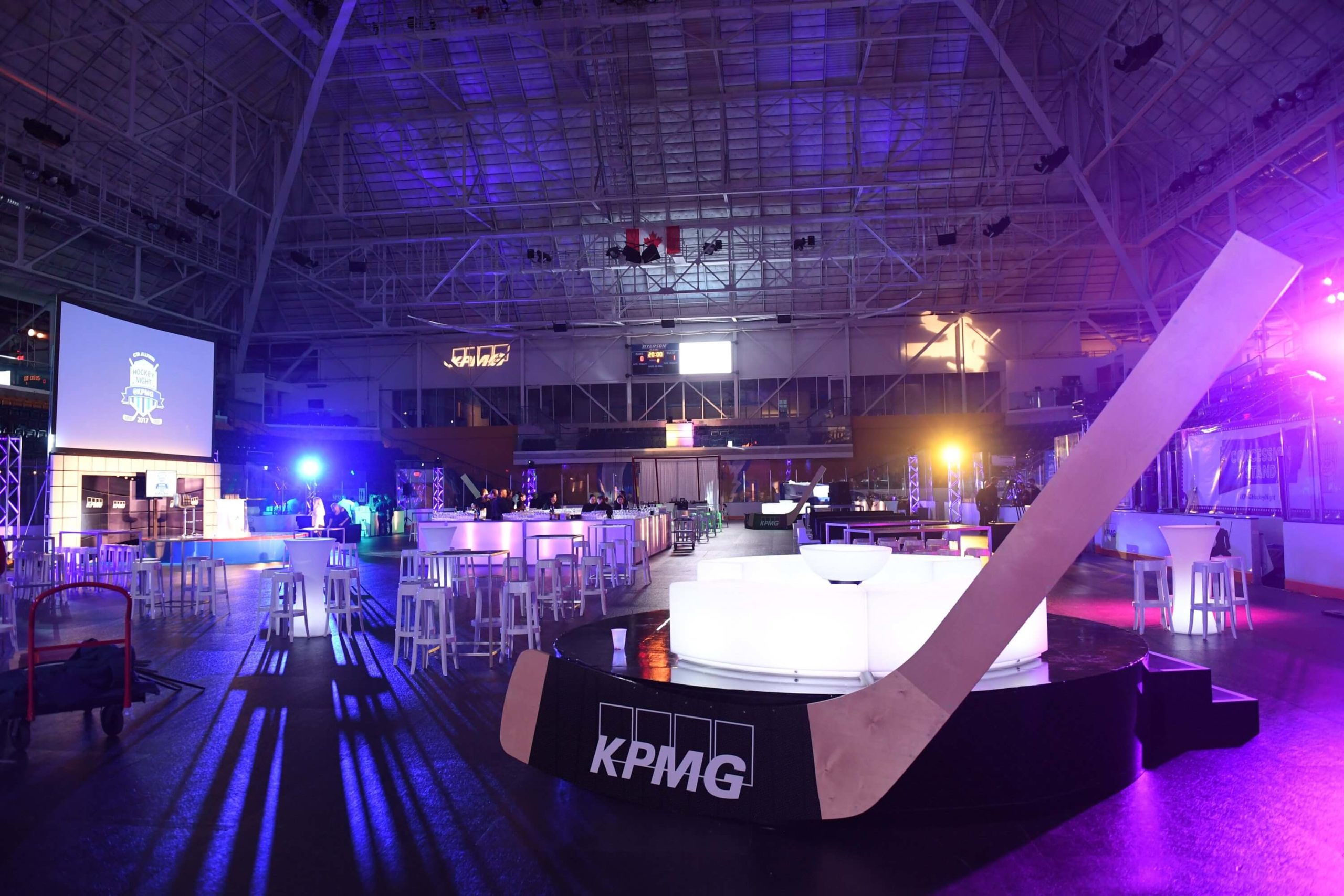 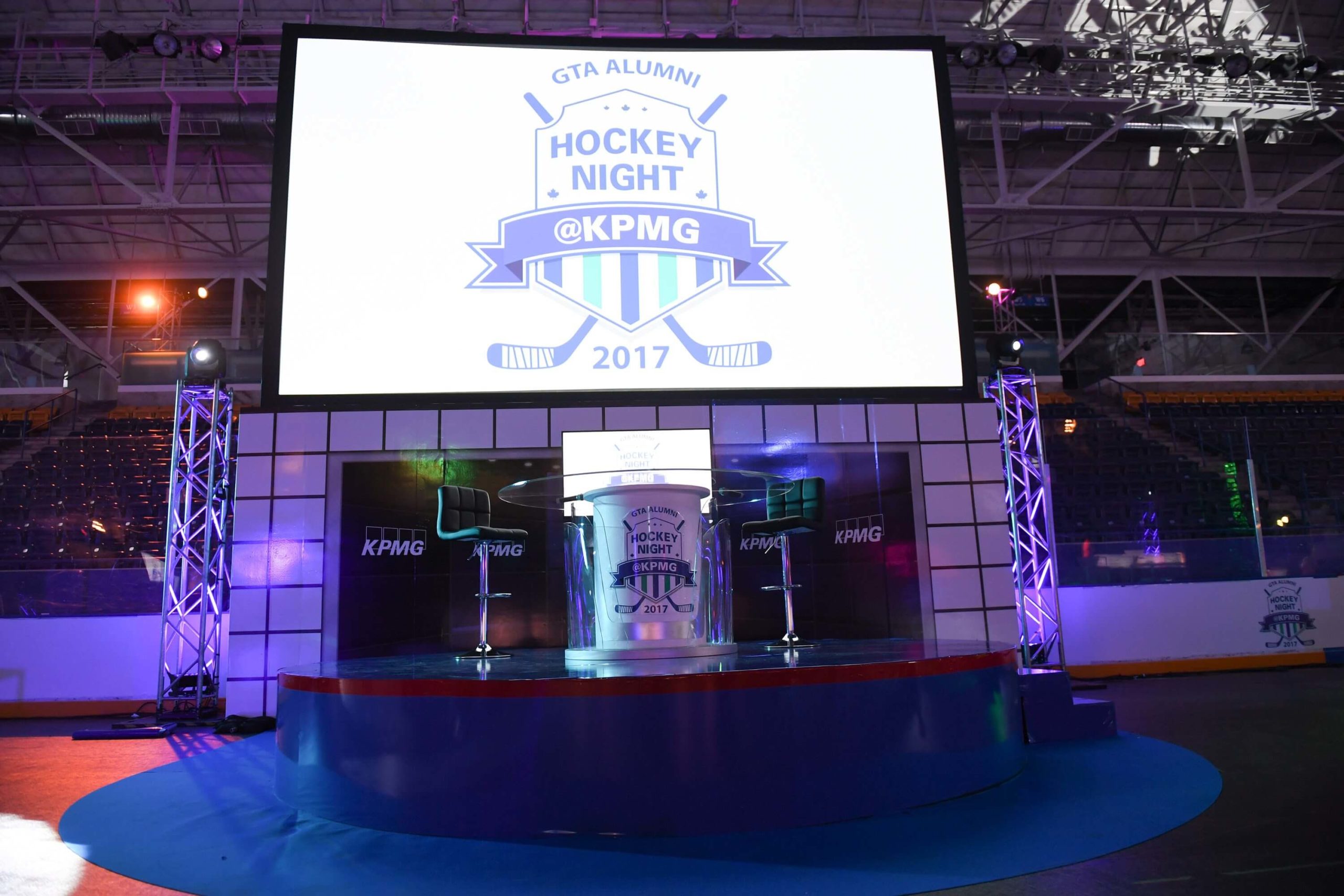 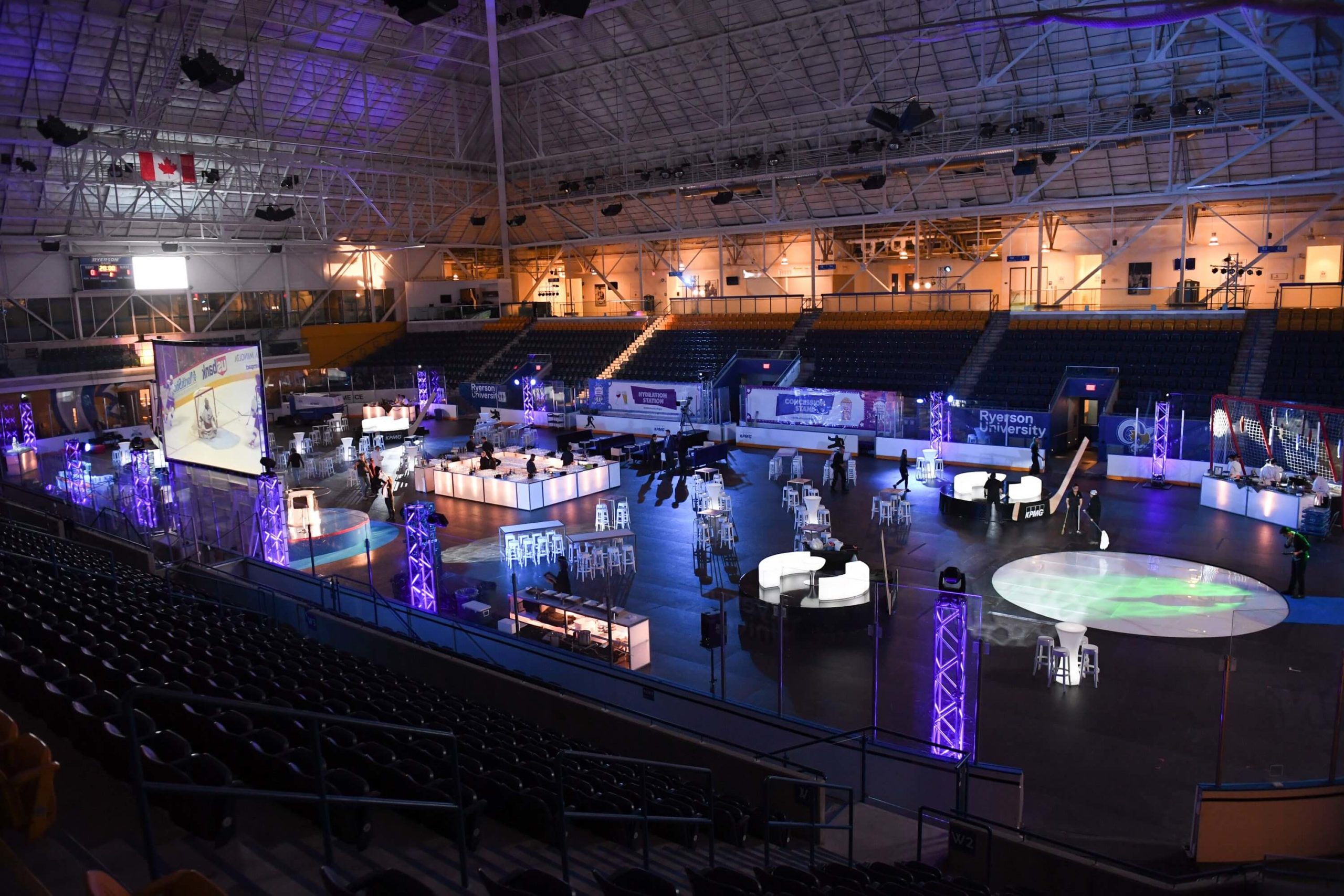 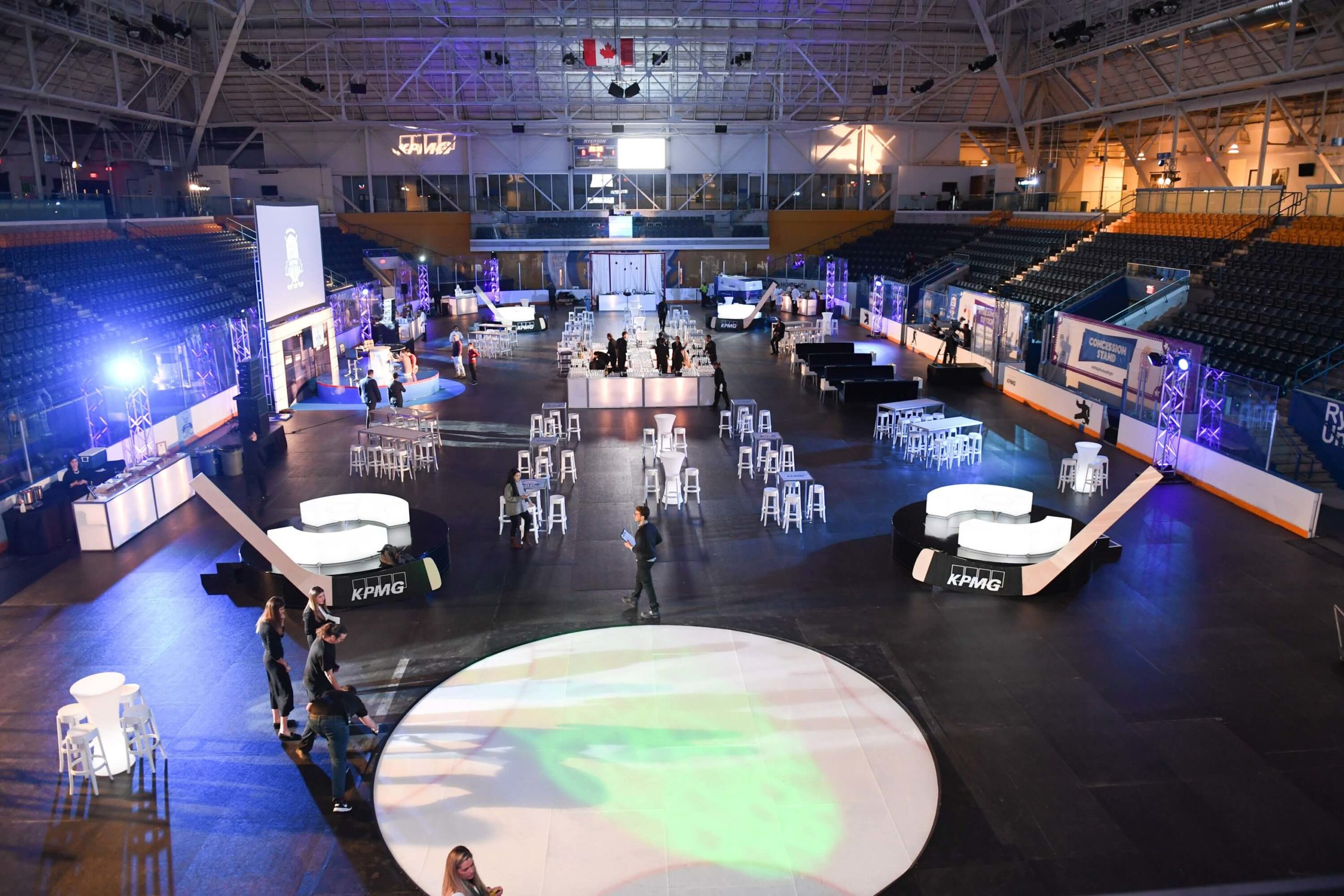 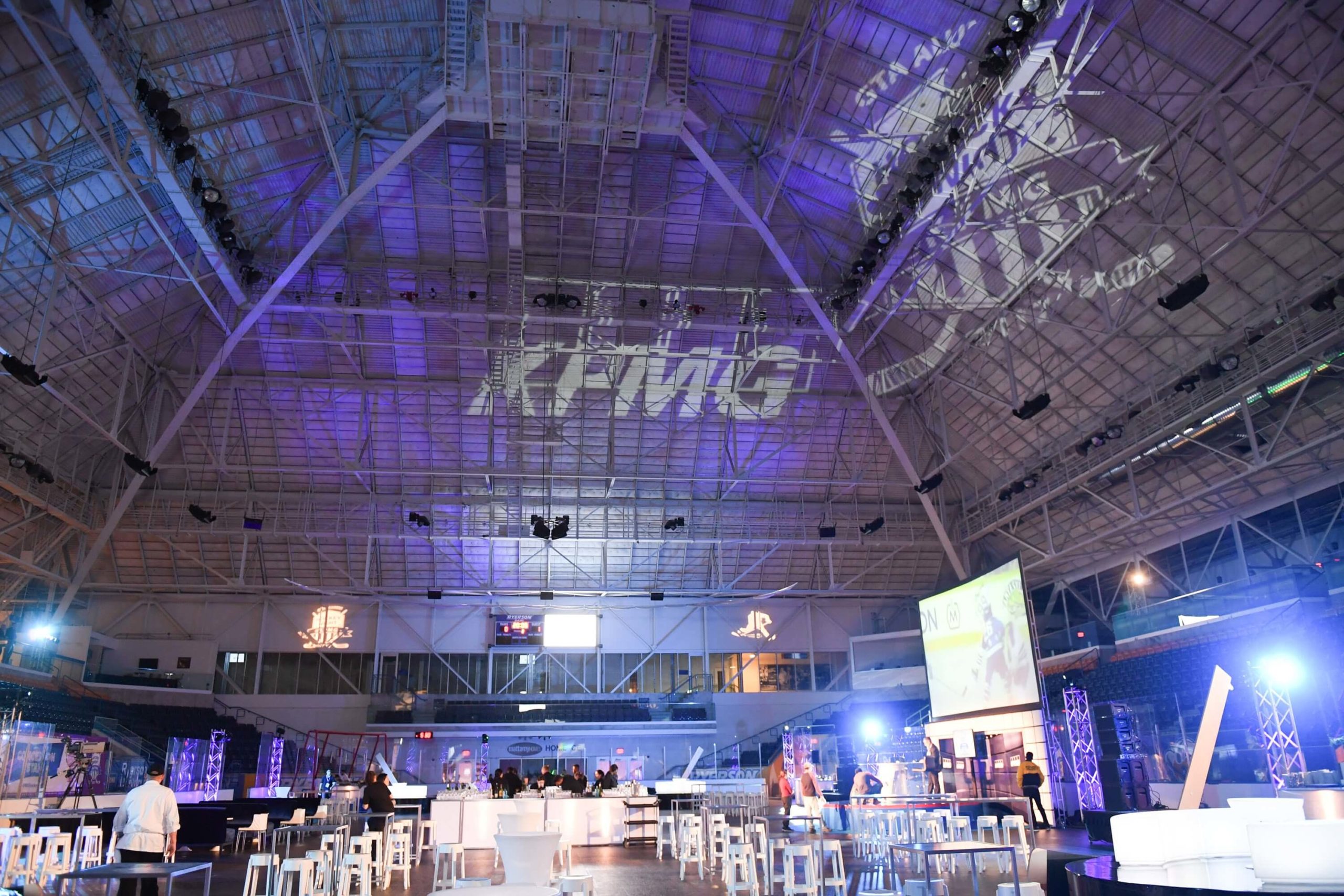